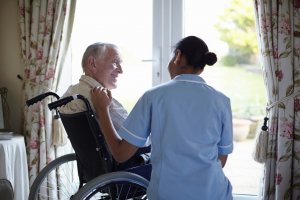 In 2018, I spoke on the role of technology supporting people with Alzheimer’s disease and in developing future treatments. I focused mainly on adherence, a topic still very relevant in my current role at PMC developing platform drug delivery technology with connected health solutions that can support both better data collection and patient support.

For Alzheimer’s, I argued that adherence to lifestyle factors that reduce the risk of the disease to its progression is critical, particularly until better treatments are developed.  And when they do, the need to take medication before symptoms arise the effect of adverse side effects in their use will require effective support to raise adherence. Digital health may well have an important role to play here.

What Is Alzheimer’s Disease?

Alzheimer’s disease is a progressive neurological disorder that shrinks the brain. This shrinking causes brain cells to die, which then causes a decline in a patient’s thinking, social and behavioral skills. The most dramatic impact of the disease is the loss of independence that inevitably follows a diagnosis. At least 1 in 3 seniors in the United States die with Alzheimer’s disease or another form of dementia. The disease kills more people than do prostate cancer and breast cancer combined.

What Are the Causes/Risk Factors?

After decades of research, many experts believed that Alzheimer’s disease was caused by an abnormal buildup of two proteins both in and around brain cells. The first protein, amyloid, forms around brain cells, while the protein tau builds up within the brain cells. However, it is now believed that the situation is more complicated that is, although these proteins play a role in the development of the disease, they are not the only variable causing it.

Research has identified several other factors that can increase a person’s risk for developing Alzheimer’s disease, including family history, head injuries, cardiovascular disease and age, with the likelihood of developing the disease doubling every five years after the age of 65.** In fact, it has been suggested that worldwide cases of dementia (including Alzheimer’s) could be considerably reduced if the most significant risk factors could be eliminated.

Some experts also believe social isolation can increase the risk of developing Alzheimer’s disease. Recent data from COVID-19 research backs up this theory. Alzheimer’s and other dementia deaths increased by 17%during 2020 possibly due to lack of socialization during the COVID-19 quarantine. Brain stimulus can be critical in staving off Alzheimer’s. 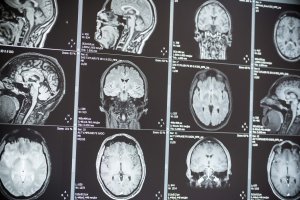 What Are Some Alzheimer’s Treatments?

While there is no known cure for Alzheimer’s disease, it can be treated in a few ways. Aducanumab (Aduhelm) is the only potentially disease-modifying medication approved to treat Alzheimer’s disease. A human antibody immunotherapy, the medicine specifically targets the amyloid protein. Its recent approval has been controversial since there is uncertainty about the supporting clinical data, but it does provide an opportunity to evaluate the impact of lowering amyloid during the progression of Alzheimer’s disease. It may offer benefits for some people with the disease and will likely motivate other companies to advance their drug development programs and research.

The other main treatments in use for Alzheimer’s are memantine and cholinesterase inhibitors (donepezil, rivastigmine and galantamine). Memantine helps regulate glutamate, a brain chemical, which can lead to brain cell death when it is overproduced. Patients who realize positive results from memantine find they can maintain some functions longer than without the medication, prolonging their independence. Cholinesterase inhibitors improve cellular messaging in the brain but tend to be effective for only a limited time. 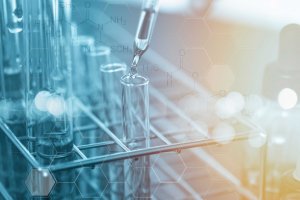 What Challenges Are Faced in Treatments?

Even though there are options for treatment, these medications present several challenges. Common side effects include nausea, vomiting, diarrhea, muscle cramps, weight loss, fatigue and confusion. Aducanumab can lead to bleeding in the brain. And while memantine and donepezil can be delivered in a tablet, aducanumab is delivered intravenously for one hour every four weeks. It can be challenging for patients to travel to a health clinic or hospital to receive treatment.

Beyond challenges with current treatments, trials are long and difficult to manage, clinical measures are difficult to execute reliably, and for many patients the disease may be very advanced before any symptoms—such as cognitive impairment—show themselves. Plus, the mechanisms that cause Alzheimer’s disease are not well understood.

Recognizing these challenges and the need for concerted and coordinated action to resolve these problems was the foundation for the formation of the World Dementia Council. This council was set up as an international charity and established by the G8 countries (now known as the G7) in 2013, with the G8 making historic commitments to improve the lives of people affected by dementia and to speed up the development of disease-modifying drugs. The council committed to delivering a first treatment by 2025. 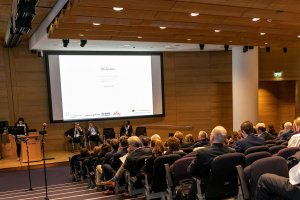 How Can These Challenges Be Overcome?

Future treatments should also make use of developments in connected health. A connected device and companion digital service could not only deliver medication but also provide information about treatment and advice on how to make lifestyle changes, deliver functional and cognitive tests, and much more.

As previously stated, one of the treatments currently in use is Aduhelm. After more research proves this treatment or other disease-modifying drugs under development are successful for most patients, technologies will be needed to scale their use cost-effectively. These include drug-delivery technology that allows treatments to be safely administered at home instead of in a clinic or hospital. Patients will also need to run diagnostic tests to support detection, disease progression monitoring and drug safety at home.

Making an Impact Together

While there is still much to be done before a cure or an effective treatment for Alzheimer’s disease can be claimed, certain actions are required in the short term. Many risk factors for the development of Alzheimer’s can be addressed with lifestyle changes. Raising awareness and providing support using digital services can promote the right behavioral changes to help those at risk take better care of themselves.

Molex and Phillips-Medisize (a Molex company) have substantial experience both in diagnostics and in drug delivery that can support new treatments. With sister company, Koch Disruptive Technologies (KDT), Phillips-Medisize can support the development of other innovative technologies that could support  new treatments. For example, KDT has invested in Insightec, which is developing Focused Ultrasound technology to support drug research for Alzheimer’s disease and other neurological disorders. KDT has also invested in NeuraLight, which is developing biomarkers based on the measurement of eye movement and pupil response. This research has the potential to improve the diagnosis and monitoring of neurological disorders, including Alzheimer’s disease.

Molex and Phillips-Medisize aim to make a significant impact on the success of important Alzheimer’s research and treatment. They are thrilled to be part of a collaborative effort, Creating Connections for Life in their broader community. And you can play a role too— by volunteering, fundraising and advocating for more Alzheimer’s research, everyone can make a difference. Learn more about how to get involved.